Things To Do In Gyumri 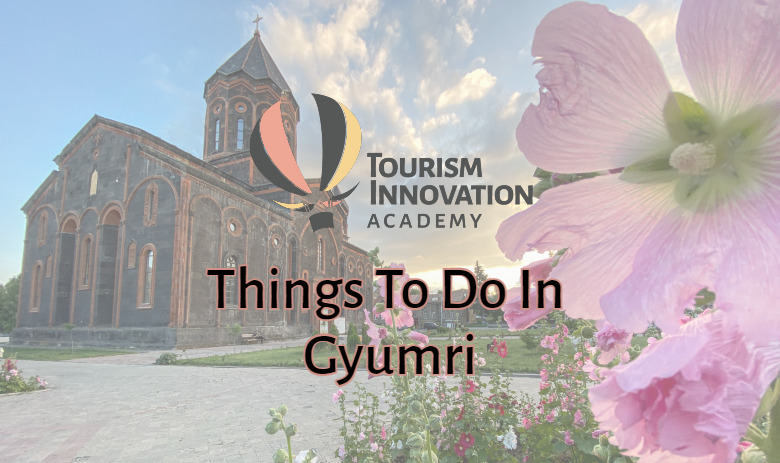 Let’s talk a bit about the second biggest city in the Republic of Armenia: Gyumri! The gem of the Shirak region, over the years Gyumri has had many different names including Kumayri, Alexandrapol and Leninakan. Gyumri is also home to the only other functioning international airport in Armenia second to Zvartnots.

There’s more to this city than meets the eye, as it has been home to some of Armenia’s most talented individuals, including renowned actors, comedians and Olympic champions! It is historically known as the cultural capital of Armenia, filled with well-preserved 19th-century architecture, museums, and galleries all that give you a unique glimpse into the stories that make up the city and the people living in it.

This ancient town has it all including churches, monuments, cobble-stoned streets, memorials and is sprinkled with water fountains that provide some of the tastiest and highest-quality water there is to find. The people are warm, welcoming and generous individuals who uphold their national traditions and values with pride.

While you’re in Gyumri, there are some must-see spots worth visiting. For example, one of the oldest beer production factories in the country, The Gyumri Brewery, dating back to 1898, is now open to the public! Not only can you visit the brewery, but you’ll also be able to get a taste of the beer in different stages of its production.

Another popular spot is Sev Berd, otherwise known as the Black Fortress. It is a towering Russian Imperial fortress that was built between 1834-1847 after the Russo-Turkish war. It is considered a national cultural heritage monument, overlooking the city and doubling as a popular vista point.

When it comes to museums, Gyumri has no shortage. Some of the most popular are house museums of well-known Armenians including sculptor Sergey Merkurov, poet Avetik Isahakyan, actor Mher Mkrtchyan and the Aslamazyan Sisters.

As for local cuisine, you can find your pick of traditional dishes ranging from soups to desserts at any one of the restaurants and food stands along Pyzhkov street. A popular restaurant is Cherkezi Dzor, best known for its fresh and delicious fish variety. As for desserts, be sure to try some of the local pakhlava, yaghli (which is essentially a fried dough topped with powdered sugar), and sweet buttery sugar cookies that melt in your mouth (known as shakar lokum).

Once your belly is full, be sure to walk around the city and visit the open-air market to bring home some of the local produce, spices and dried fruit. There are all kinds of souvenirs that you can find on the pedestrian-only Ryzhkov Street, including wood and stone carvings, paintings and more. Gyumri is an amazing place to wander in, discover and fall in love with.